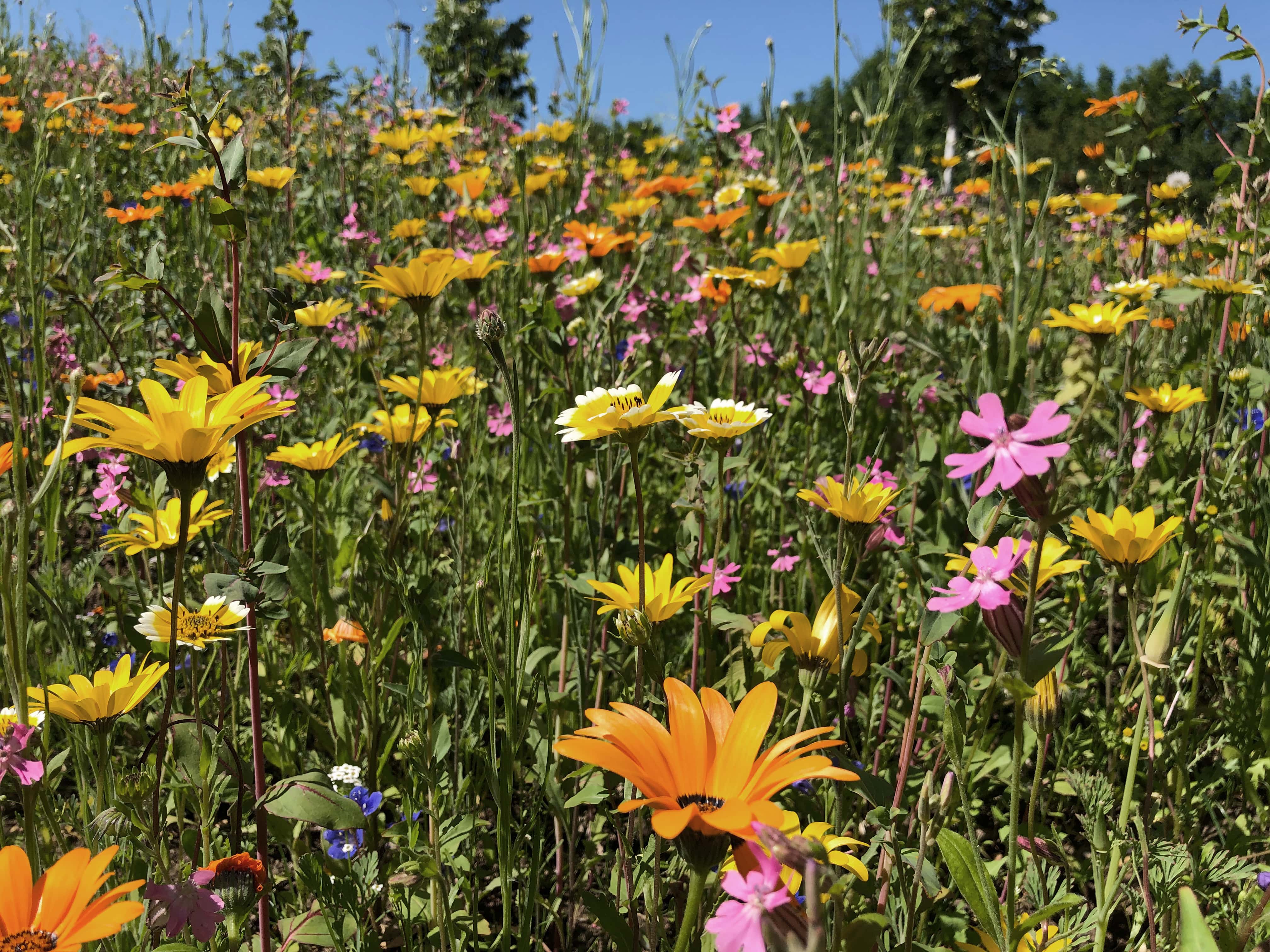 In the FLIP project, species-rich meadows in the greater Aachen area are being developed on inner-city green spaces that were previously intensively used as well as on intensively cultivated agricultural meadows.

Species-rich grassland is under serious threat in Germany, with the few remaining areas in a poor or insufficient state of preservation. Over 2,000 (50%) of German plant species, however, are native to this grassland, with each species providing a habitat for around 8 to 10 types of animal species. The project, therefore, aims to increase the environmental value of lawn areas in urban and University green spaces, and also that of field boundaries and intensively managed grassland in agricultural areas, and to preserve these areas on a long-term basis with suitable maintenance. Habitats for a site-appropriate variety of native plants and animals are being sustainably developed in the FLIP project, and the project is also teaching people about the value of these ecosystems for humans and animals alike – after all, FLIP wants to preserve and enhance nature all over, not just in protected areas.

The project is also using empirical socio-scientific methodology to record the information and communication needs of the population with regard to insects and insect protection. On this basis, comprehensive education and public relations measures are being developed at both a regional and national level, leading to sustainable awareness among various bodies, such as municipalities, farmers, and individuals. In addition to the Institute for Environmental Research, the project also involves the Chair for Communication Science at RWTH in collaboration with the RWTH grounds maintenance team, the City of Aachen, Städteregion Aachen, and the State Museum of Natural History Karlsruhe.