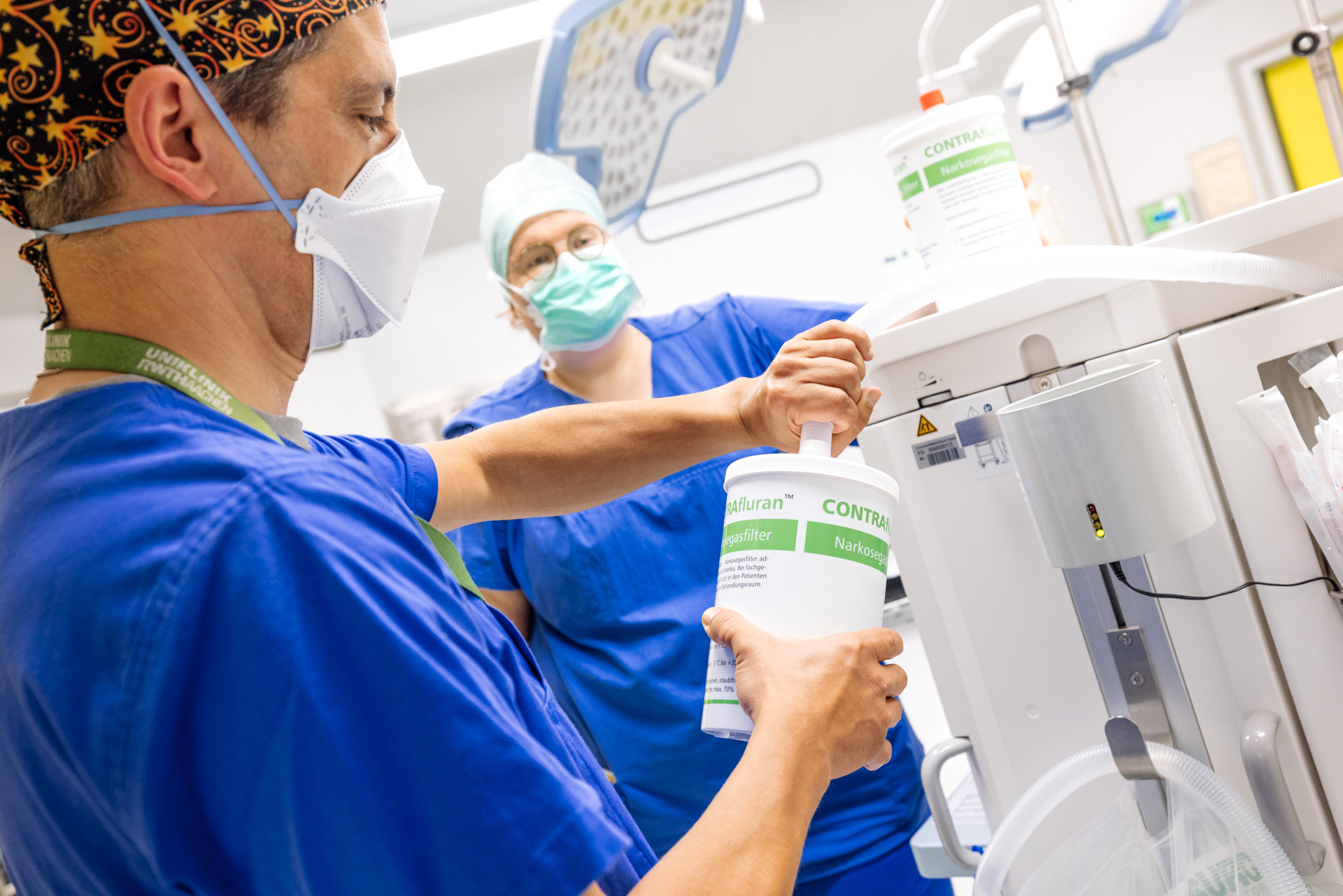 Climate change is causing major challenges for modern medicine. On the one hand, the increase in extreme weather conditions leads to diseases occurring in regions where they are typically uncommon. On the other hand, hospitals are responsible for a high proportion of the overall CO2 emissions in industrialized countries – estimated to be between 5 and 10%. Anesthetics also contribute to this problem; in 2014, anesthetics were responsible for a CO2 equivalent (CO2-EQ) of approx. 3 million metric tons worldwide.

In Germany, inhalational anesthesia was used in approx. 7 million cases in 2012. Depending on the gas used, these anesthesia remain in the atmosphere for up to 14 years and have a greenhouse effect that is 130 times (Sevofluran) or up to 2,540 times ( Desfluran) that of CO2. Up to now, these gases have been removed from the room via an anesthetic gas scavenging system and then discharged to the outside air in an unmodified state. In an anesthesiology clinic in southern Germany, avoiding the use of Desfluran contributed to a reduction in its overall CO2 emissions to 32% of the previous year’s value.

Since volatile anesthetics remain highly valued in modern anesthesia, Uniklinik RWTH Aachen’s Anaesthesiology Clinic conducted a pilot project involving the gradual introduction of a system that completely binds the volatile anesthetics using an active carbon filter with a view to then feeding these into the recycling process.
The routine use of this recycling system for volatile anesthetics means that the benefits of these substances can continue to be exploited while also reducing the considerable environmental pollution with which they have previously been associated.